Who is the Queen?

One colony has only one queen. 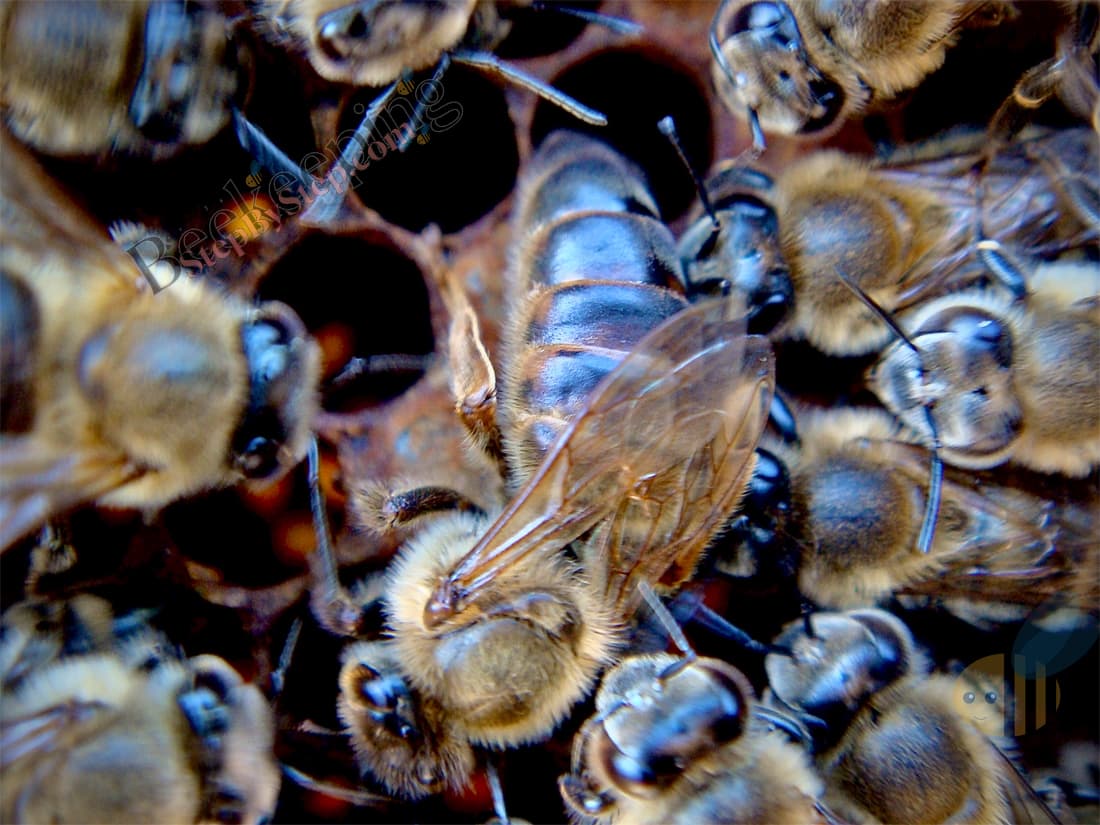 Why is the Queen bee so important?

Queen bee lays eggs, which allows keeping the number of bees in the hive, and also the growth and strengthening of the colony. Bee colony without a queen can not survive and is doomed to failure.

The strength of the colony depends on the quality of the queen bee. The more eggs the queen lays, the colony has more bees and is therefore stronger.

How and when bees produce a new queen?

When bees decide they need a new queen, or realize that there is no queen in the hive, they choose from the already existing larvae, and begin to feed these larvae with royal jelly. The new queens develop from larvae that are constantly fed with royal jelly.

The first queen that comes out of the cell will destroy all other queen cells. When she meets the old queen, or another young queen who managed to get out of the cell before it is destroyed, they fight and one of them kills another.

What is a nuptial flight?

6-7 days after leaving her cell, the queen is mature enough to mate. She flies out of the hive to the so-called nuptial flight, and mate with drones in flight. Mated queen does not come out again from the beehive unless the colony swarms.

What happens to the queen when bees are swarming?

When bees get the urge for swarming, they make queen cells from which a new queen is hatched. Then one part of the bees with the old queen leaves the hive in search of a new nest. While the rest of the bees remain in the old beehive with a new queen that mates and begins to lay eggs.

The productivity of the queen decreases over time. The highest productivity is in the first year and at the beginning of the second year. With the decrease in productivity, the number of bees in the hive decreases, and therefore the strength of the colony. Because of this, beekeepers change the queens every year or every other year.

Queen replacement once a year also helps to prevent swarming. Since a part of the colony leaves the hive, swarming weakens the colony, so replacing the queen once a year is a good practice.